Photo: Jeff Bezos, Amazon owner and one of the richest people in the world. Amazon, which is notorious for avoiding taxes, is among those corporations profiting during the pandemic. Steve Jurvetson, flickr

It’s no surprise the supremely rich are faring better than most in this pandemic. A recent study by the Institute for Policy Studies in the U.S. found that between March 18 and April 10, billionaire wealth grew by nearly 10%. To make matters worse, the country’s Covid-19 relief package will allow some of the wealthiest to avoid nearly $82 billion of tax liability this year, the Guardian reported.

Across the globe, this pandemic has heightened existing inequalities. It is critical that every government penny and policy helps those who need it – and that profitable corporations and wealthy executives finally pay their fair share.

One of the solutions we’ve advocated is an excess profits tax on corporations that profit from the pandemic, such as large grocery and retail chains, tech, and e-commerce companies such as Shopify, which recently surpassed the RBC as the largest publicly listed company in Canada. This op-ed in the Toronto Star also makes a strong argument for an excess profits tax.

With Canada’s deficit now forecasted to reach over $200 billion this year, the government should also implement a wealth tax to raise revenues and reduce inequality. During the last federal election, the Parliamentary Budget Officer estimated $7 billion annually could be generated by a wealth tax. Such a tax would only touch the very rich, those who can afford to contribute more.

We’ve also advocated for the government to start taxing investment income as it does income from labour. A new analysis out of the UK found the government could raise up to £174bn a year to cope with the pandemic if it were to tax wealth like income.

Even the OECD last week cautioned governments not to repeat mistakes from the response to the 2008 financial crisis, when austerity measures made things worse. Instead, the head of tax policy told a virtual conference there should be zero tolerance for digital corporations that don’t pay their fair share of taxes.

The idea of a Financial Transactions Tax (FTT) could also see a revival. Germany’s Finance Minister last week said options for funding the recovery could include a FTT. Even Joe Biden has backed the policy, although large business influences have lobbied hard against it, even posing as grassroots campaigners, as a recent Reuters investigation found.  If Europe and the U.S. move forward with this type of tax, it would open the door to one in Canada, where a modest FTT could generate well-over $5 billion annually.

Regardless of the approach, as a recent column in Aljazeera pointed out: “we all have to adjust our instinctive horror of taxing wealth if we are to survive the economic fallout of coronavirus.” 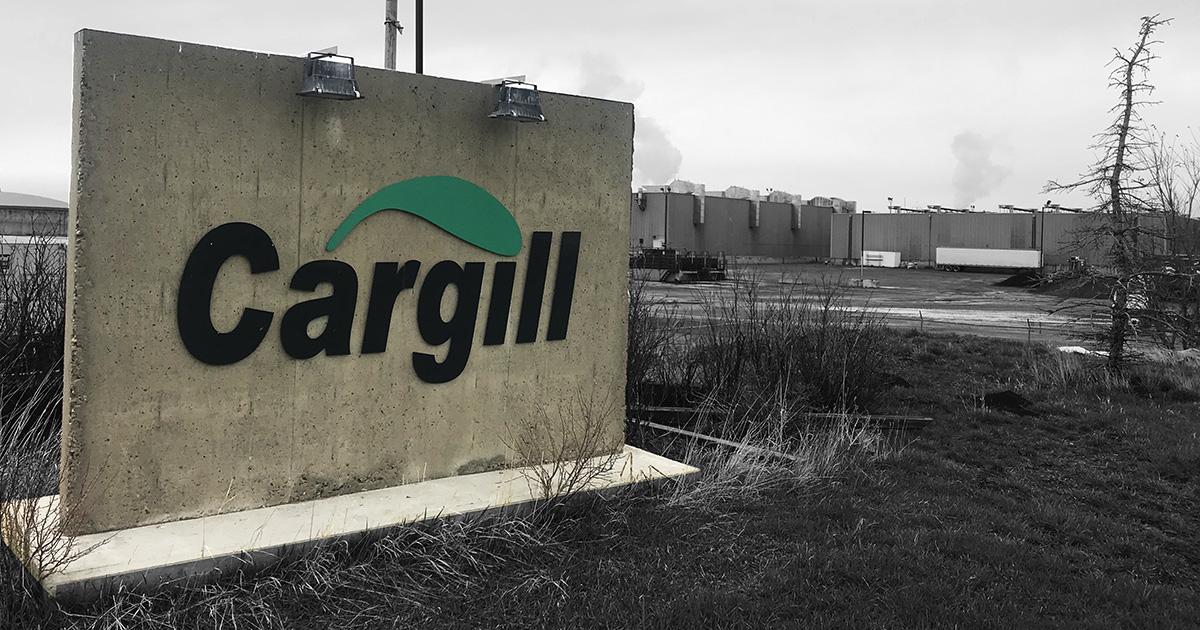 The Cargill meat plant in High River, Alberta, where 2,000 workers and another 600 in the community are now infected.

Slaughterhouse profits flow through tax havens to keep Cargill billionaires rich while our money pays for their protective gear.

It took the largest Covid-19 outbreak in Canada to put a spotlight on food conglomerate Cargill ’s safety measures at its Alberta slaughterhouse, and  with public funding going to help the corporation, it’s time their finances face greater scrutiny as well.

A recent investigation by Canadians for Tax Fairness found that Cargill, the largest privately held company in the world, channels most of the profits from its Canadian operations to its American billionaire owners through holding companies based in the tax haven of Luxembourg. Cargill also has a major financing and trading subsidiary based in Switzerland and subsidiaries based in Caribbean tax havens of Bahamas, Barbados and the British Virgin Islands.

Although Cargill’s ultra-wealthy owners have more than $50 billion net worth among them, the corporation failed to provide adequate PPE to workers at its Alberta plant, where half its 2,000 employees and another 600 in the community were infected by Covid-19. Most of the workers at their Canadian slaughterhouses are recent immigrants or temporary foreign workers, with starting wages at about $20 an hour, who face pressure to show up to work even if conditions aren’t safe. The company was recently forced to shut down a Quebec facility due to another outbreak among 13% of its workforce.

Despite opposition from workers and the union, Cargill re-opened its High River, Alberta plant last week. Days later, Prime Minister Justin Trudeau announced $252 million in aid for farmers as well as food processors like Cargill, which could also be eligible for the federal wage subsidy.

While the safety of workers and Canada’s food supply is the biggest priority, the Cargill case raises serious questions, such as how much public funding is going to private companies that use tax havens and what assurances are there that money will go to help workers -- not billionaire owners?

As we’ve been urging for weeks, Canada needs conditions in place to ensure billions in aid aren’t flowing to corporations and owners that don’t pay their fair share.  The union that represents the Cargill and other workers in the food processing industry has also been critical of these corporate hand-outs with few strings attached. Th United Food and Commercial Workers (UFCW) has insisted that taxpayer money to corporations must first guarantee the health and safety of workers – and food workers must have a say in determining the conditions of their own health and safety. 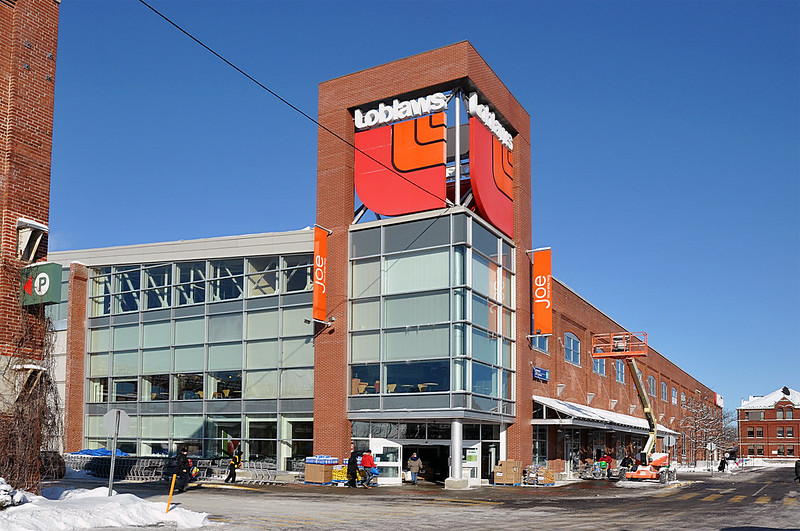 In another example of how corporate tax dodging costs Canadians, Loblaws and its billionaire owners became more than $100 million wealthier after winning a Federal Court of Appeal  tax avoidance case against the Canada Revenue Agency. Loblaws, which already dominated Canada’s retail, grocery and pharmaceutical industry, is already doing well in this crisis. Their sales jumped 11% in the past quarter, making the Weston family owners --already one of the richest dynasties in Canada-- even richer.

The CRA had brought a case against the corporate giant over $368 million in taxes it avoided using a subsidiary bank in the tax haven of Barbados. We wrote about how this ruling reveals fundamental flaws in both Canadian laws and the international corporate tax system. Without stronger transparency measures or regulations to combat offshore tax dodging, large corporations will continue to use tax havens or secrecy jurisdictions to avoid paying their faire share.

In an interview with the National Post, C4TF director Toby Sanger said Canada has to be more aggressive about enforcing and punishing tax dodgers. Listen to some of his other interviews about the Loblaws ruling with Global News Radio and News 95.7.

Another article in the Post this week revealed the CRA is pursuing $4.4 billion from Canadian companies and individuals suspected of offshore tax evasion, but that the amount is far from won. We need stronger legislation and reform of international corporate rules,” Sanger told the Post. 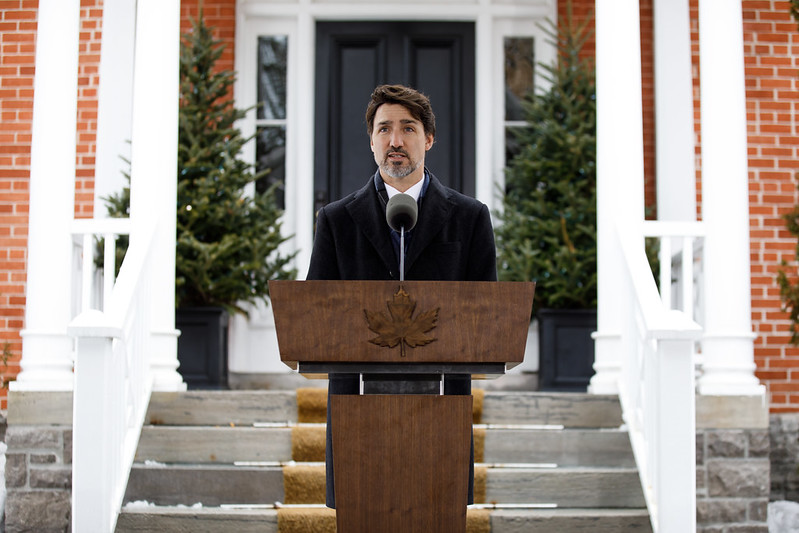 Thanks to everyone who signed our letter  asking the federal government to prevent public money from going to corporations that exploit tax havens, or from from using it to benefit executives and shareholders.

Your support, along with pressure from opposition parties like the NDP and Bloc, forced the Prime Minister to promise “those who evade or avoid tax will not receive aid”.

This week, the Liberals incorporated some recommendations from Canadians for Tax Fairness in setting conditions for large companies to receive federal funding through a new program, the Large Employer Emergency Financing Facility.

In a statement, we welcomed the announcement as a step in the right direction, but emphasized that stronger requirements and increased transparency are needed to prevent corporations from abusing these funds, and that these conditions should apply to all federal funding programs, and not just this one.

Our campaign has helped put Canada’s costly tax haven problem in the spotlight. Several columns in La Presse, le Soleil, and Rabble last week called out the government’s lack of action on offshore tax dodging. Listen to C4TF director Toby Sanger talk about the steps Canada must take to tackle tax havens in an interview with 570 News.

Action from Denmark, Poland and France has also attracted global media attention to the problem of tax havens. Our friends at Tax Justice Network in the UK compiled a similar list of conditions for governments when considering  whether the government should bail out companies “or just bail”. 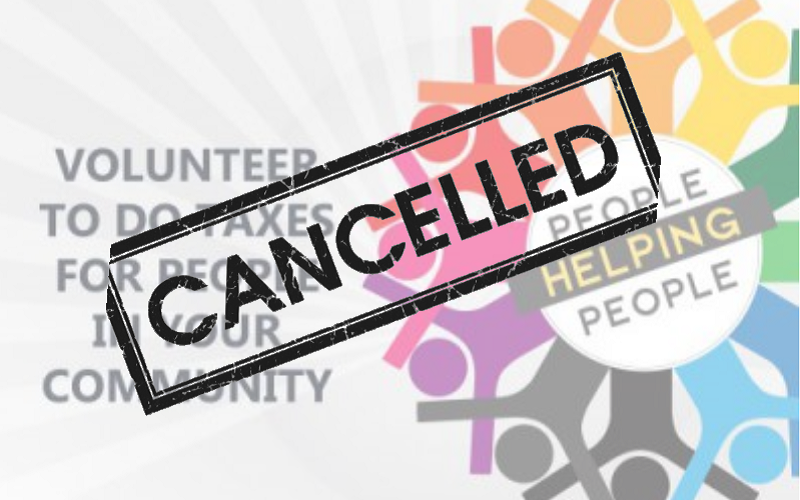 Hundreds of regional volunteer tax clinics that help struggling Canadians file their taxes have been cancelled due to emergency Covid-19 measures.

With weeks to go before the June 1 tax filing deadline, thousands of vulnerable Canadians will find it very difficult to file their taxes by the deadline– a requirement to receive important benefits like the Guaranteed Income Supplement,the Canada Child Benefit, the GST credit and others.

Low income seniors, newcomers, Indigenous Canadians and low-income families are among the hundreds of thousands who rely on volunteer-run tax clinics to help them file every tax season. With community clinics closed due to Covid-19, $50 billion in government supports could fail to reach those who need them most.

C4TF has written to Ministers and urged the federal government to waive the tax filing requirement or further extend the deadline to ensure low-income Canadians continue to receive supports they need to survive.

In a release and blog , we outline how hundreds of thousands of marginalized Canadians could miss out on not only federal, but provincial and territorial social supports too.   If you haven’t already, please sign our letter to government and raise the issue with your MP.

NDP MP Matthew Green has been lobbying the Revenue Minister to make the necessary changes to ensure low-income Canadians continue to get their benefits. C4TF director Toby Sanger recently joined the Hamilton-Centre MP on his Parl to the People on-line showt for a discussion about the immediate need to extend the deadline and to bring in longer-term improvements to make tax-related benefits more accessible, such as introducing automatic tax filing.

A recent article in La Presse looked at how the tax filing requirement threatens to make things worse for low-income individuals who desperately depend on these benefits.

Without action from the government, this will be another way the pandemic worsens inequality, leaving our most vulnerable unprotected.