On Tuesday, the Canada Revenue Agency (CRA) released its corporate income tax gap report, which found corporations accounted for $10 billion, or 40 percent, of the government’s overall tax gap. Canadians for Tax Fairness analyzed the data and found that large corporations failed to pay approximately a third of the taxes the CRA assessed they owed, compared to half that rate among small and medium-sized enterprises, and less than a quarter of that for individuals.

In our news release, we highlighted how these findings confirm suspicions that it’s easier for corporations and wealthy individuals to avoid tax responsibilities than it is for average citizens. The story was picked up across North America and C4TF was quoted in multiple media outlets such as Le Journal de Montréal, Reuters, CNBC in the US, and Global News, where we emphasized the impact corporate tax avoidance has on public services. 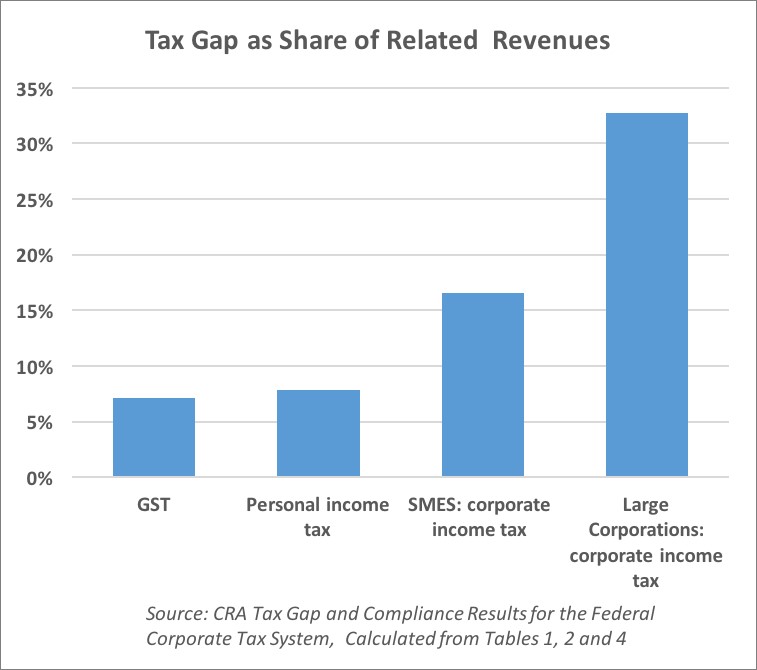 Just days later, another report from the Parliamentary Budget Officer (PBO) found Canada could be losing up to $25 billion in revenues from tax avoidance and evasion by multinational corporations through tax havens each year.

Part of the problem is capturing the scope of tax avoidance due to lack of data. As PBO Yves Giroux told a Finance Committee today, analyzing offshore tax avoidance is like investigating organized crime. In a statement on our website, we propose several recommendations to government such as enhancing transparency around corporate finances and taking stronger action on the international stage to reform corporate taxation.

Toronto Star reporters Marco Chown Oved and Robert Cribb covered this story, with commentary from Canadians for Tax Fairness director Toby Sanger “The CRA has been taking some measures on the enforcement side, but there are still lots of loopholes that corporations take advantage of to avoid taxes. Yes, it’s legal, but that’s the problem.”

The CRA deserves a lot of credit for doing and publishing this analysis, and for increasing its investigation and enforcement on corporations and offshore tax evasion.  But it also needs more resources to do its job properly, as well as tougher penalties and laws to deter the massive level of tax dodging that occurs.  We include a number of suggestions for this in our Platform for Tax Fairness. 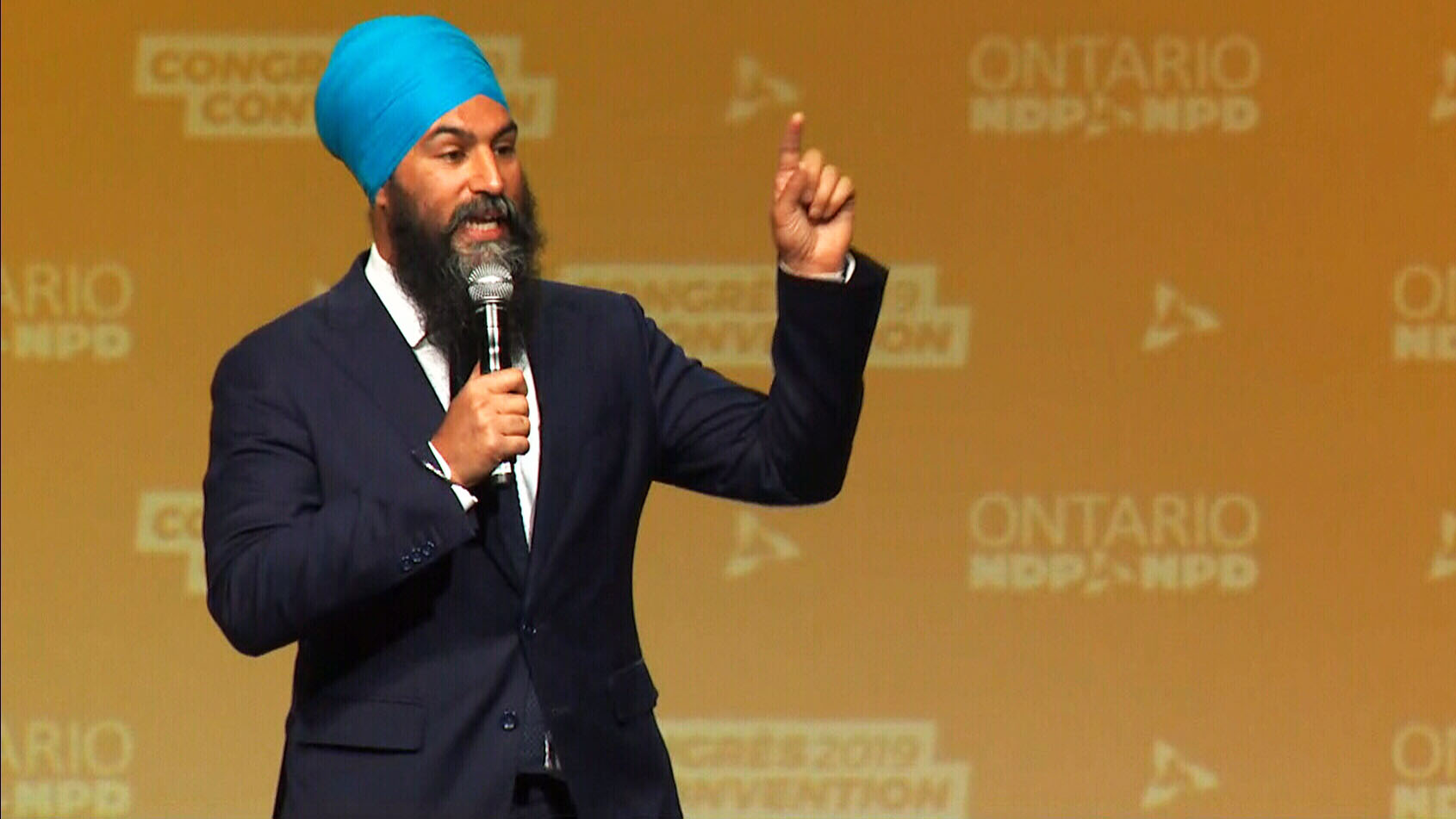 Federal NDP leader Jagmeet Singh speaks to Ontario NDP supporters this weekend in Hamilton, where he released his party’s platform, including a series of tax fairness promises. CTV

The federal NDP this week released an impressive set of tax fairness policies as part of its election platform. Some highlights include wealth tax of 1 percent on wealth over $20 million; restoring the corporate tax rate from 15 percent to 18 percent; and increasing the top marginal tax rate to 35 percent for income over $210,000. The party also reiterates a promise it made earlier this year to raise the amount that government taxes capital gains income -- profits from selling capital investments.

The NDP’s proposals include some of the recommendations we made to parties last week in our Platform for Tax Fairness, but also a number of other proposals, including the proposed wealth tax and a tax for foreign buyers of real estate.

We expect further details from the NDP and other political parties, but overall this is the most progressive set of tax policies we’ve seen proposed by a Canadian federal political party for decades. 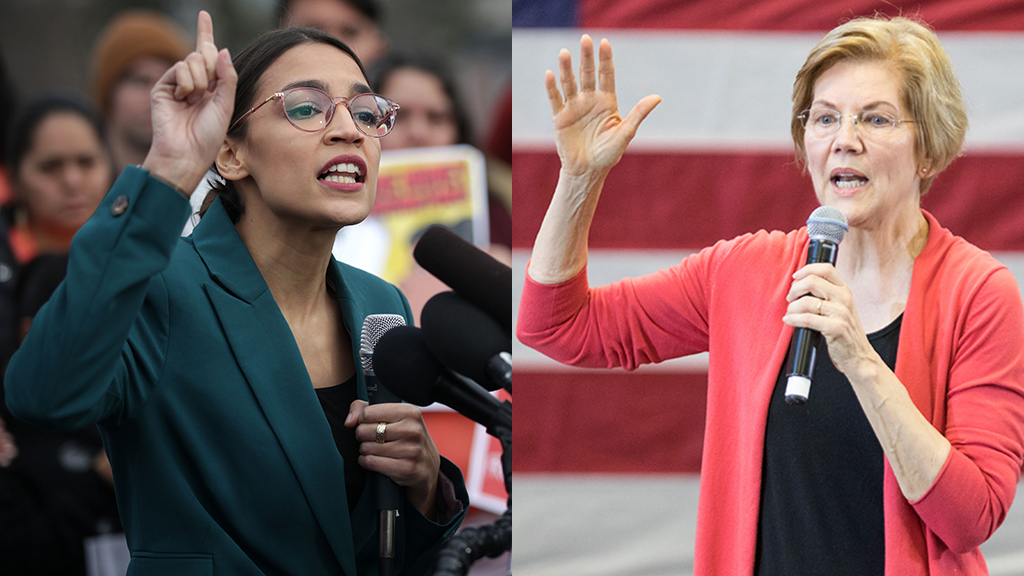 Wealth tax still trending in US:

A recent survey in the US found strong support for a wealth tax from the very demographic it would target: millionaires.

While previous polls have found majority backing for a wealth tax among various income levels, the survey by CNBC exclusively sampled those earning $1 million or more annually and included respondents across party lines. Half of them endorsed a tax rate of 70 percent or higher on incomes above $10 million, such as the proposal put forth by Congresswoman Alexandria Ocasio-Cortez. Even more said they support repealing Trump’s corporate tax cuts.

The notion of taxing the rich has taken off in the US with high-profile Democrat politicians pitching their unique visions of how to redistribute wealth and restore equality. Senator Elizabeth Warren is championing a wealth tax of two percent on those with net worth over $50 million and three percent on billionaires while Senator Bernie Sanders has proposed an estate tax.

A recent op-ed in New York Magazine has a refreshing take on these progressive tax proposals. It acknowledges media and policy pundits have written off the Democrat proposals as ‘extreme’ but argues these measures don’t go far enough to repair radical inequality in country where the one percent have grown $21 trillion richer over the past 30 years, while the bottom half have fallen poorer. 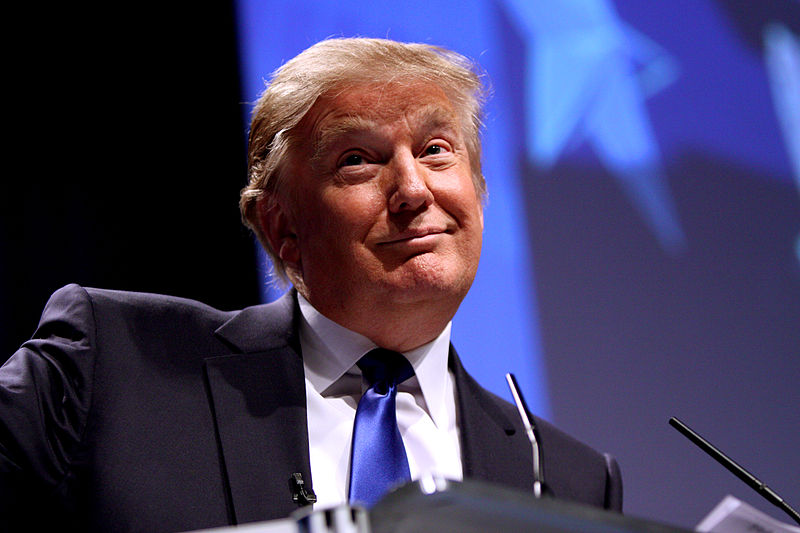 Introducing Trump style business tax cuts in Canada would have cost the federal government $37 billion over five years, according to a study from the PBO this week.

The study looked at the recent change to the US’s Tax Cuts and Jobs Act that allows corporations to write off 100 percent of their machinery and equipment costs. Using Canadian data, it calculated that implementing the same measure here would result in $8.8 billion in lost tax revenue this year with annual foregone revenue falling to $5 billion after five years.

Anti-tax business lobbyists often make the case that Canada will fall behind if it doesn’t mimic corporate tax cuts in the US, but recent evidence suggests Trump’s business tax breaks aren’t paying off for the economy. 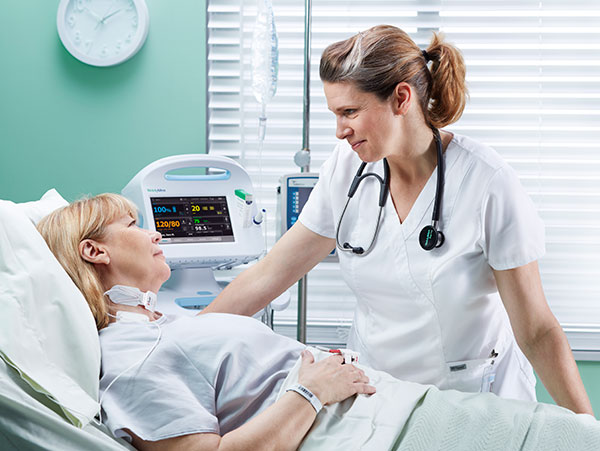 Public services such as health care are funded by taxes, a fact eclipsed in a flawed report from the Fraser Institute. Photo:  Rebecca20162393 , Wikimedia commons

Canadians for Tax Fairness last week highlighted the failings of an anti-tax campaign by the Fraser Institute. Each year, the right-wing think-tank calculates a Tax Freedom Day to symbolize the cumulative payment of taxes and the date at which Canadians become ‘tax free’ – apparently June 14 this year.

C4TF director Toby Sanger joined Global News CKNW AM-980 talk radio last week to point out several methodological flaws with a study that “would be marked as a failure in any accounting 101 class.”

For one, the calculation includes corporate income taxes and resource royalties as part of a household’s taxes – without including those revenues as part of household income.

Sanger also pointed out that taxes fund public services such as quality education, healthcare and infrastructure.

“No business or family would look at their expenses without looking at what they get in return,” he said, adding that if you were to calculate the value of public services received in return, it carries you to August 8 – well beyond the so-called ‘Tax Freedom Day’. 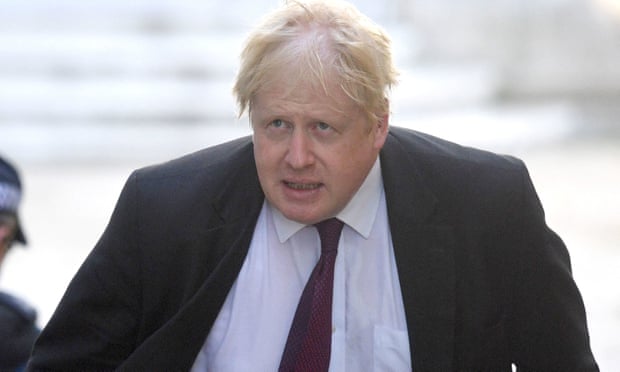 Boris Johnson, frontrunning Conservative leadership candidate to replace Britain’s outgoing Theresa May, has pitched a steep tax cut for the rich that would cost £9.6 billion a year. Victoria Jones/PA

A controversial proposal in Britain to slash income tax rates for the very rich is drawing outcry across all party lines.

In the leadership race to replace Britain’s outgoing Conservative Prime Minister Theresa May, frontrunner Boris Johnson has promised a big income tax cut for the country’s wealthiest, BBC reported earlier this month. The former foreign secretary wants to raise Britain’s 40 percent tax rate threshold from £50,000 to 80,000 – a move that would cost government £9.6 billion a year, according to the Telegraph.

Johnson plans to fund the cuts with money set aside for a no-deal Brexit and an increase on National Insurance payments -- benefiting the very rich who live off investments but do not earn income. The radical proposal was quick to draw criticism from the Labour party who called the leadership contest “a race to the bottom”.

Even fellow Conservatives are cautioning against the drastic measure. Foreign secretary and fellow leadership contender Jeremy Hunt told the Independent this week, “We must never fall into the trap of doing tax cuts for the rich.”

The cuts would sink 50,000 families into poverty, according to research released this week by the UK-based think-tank, the New Economics Foundation. 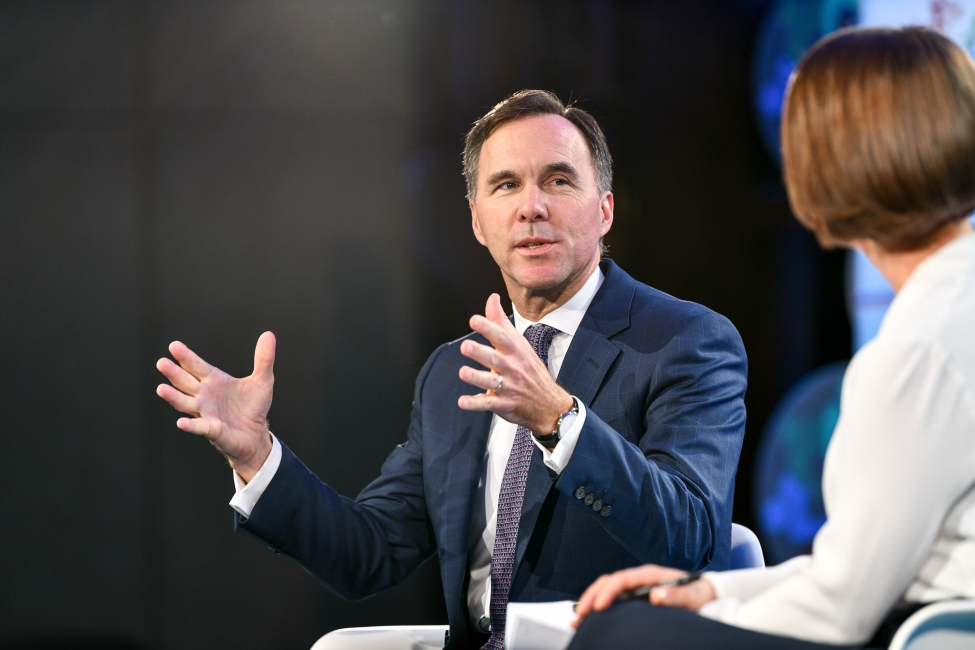 The government is moving ahead with 2019 budget plans to limit a major tax loophole, the stock option deduction. Canadians for Tax Fairness had long lobbied the government to close this problematic loophole that primarily benefits the top 1 percent and enables the average top-100 CEO to reduce their taxes by $670,000 a year.

The Ministry of Finance this week opened consultations on its plans to cap employee stock option grants at $200,000 a year. Canadians for Tax Fairness welcomed the government’s announcement earlier this year to limit the expensive loophole, but we pointed out that many will still pay lower taxes on income from stock options than ordinary Canadians pay on their employment income.

The new rules would come into effect January 2020 and the government is accepting comments from stakeholders until September 16 this year. 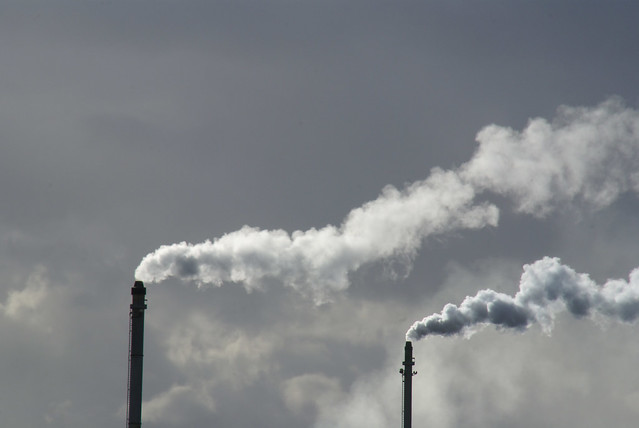 Federal Conservatives this week finally unveiled their climate change plan—a series of tax credits and industry subsidies that would do little to address Canada’s climate emergency. One CBC analysis called the plan “long on tax-bashing, short on specifics.”

A central part of leader Andrew Scheer’s climate platform is scrapping the federal carbon price, despite research from the independent Parliamentary Budget Officer earlier this year that found most households would be better off as a result of the tax. Instead, Scheer’s plan would force large industry polluters exceeding 40 kilotons of emissions to pay into green technology programs.