Tax cuts helped the rich, not the economy: report

US President Donald Trump’s corporate tax cuts haven’t led to growth or investment, according to a new report from the independent and non-partisan Congressional Research Service.

The think-tank, a branch of the Library of Congress, analyzed the 2017 cuts and found a “small (if any) effect on the economy. It found evidence of stock buybacks but little in the way of worker bonuses. As an opinion piece in New York Magazine points out, the argument that tax cuts lead to increased investment is often used to rationalize the policy move while the actual effect of lining business owners’ pockets “was the hidden main goal all along”.

Even a spokesperson from the right-leaning Tax Foundation lobby group admitted the report  “reflects some words of caution that a lot of us have been saying to lawmakers” about not being too optimistic about the GOP tax law’s economic effects.

Similar caution should be exercised here as Alberta’s new UCP government pushes ahead with its plans to slash the province’s corporate tax rate, and the Ontario government of Doug Ford plans corporate tax cuts. As C4TF has highlighted, there is no evidence in Canada that corporate tax cuts do much more than benefit big business, many of which in Alberta are foreign-owned. 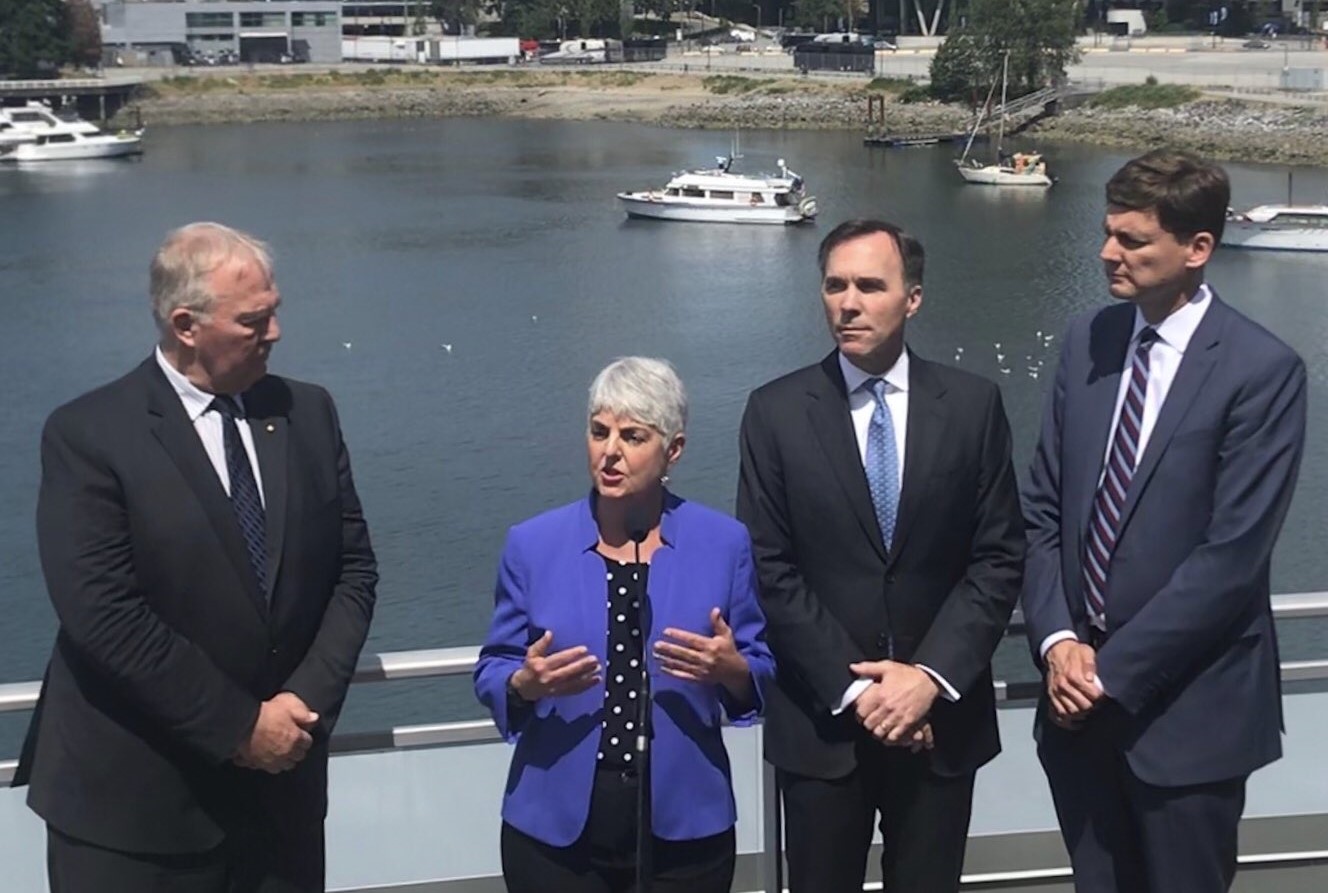 Pressure from Canadians for Tax Fairness, allied organizations, and our many supporters is paying off. This week, Finance Minister Bill Morneau announced provinces and territories were engaging in consultations about a beneficial ownership registry. C4TF, Publish What You Pay Canada, and Transparency International Canada have long been lobbying Ottawa and the provinces for a public registry of beneficial owners to prevent criminals from hiding behind anonymous companies. Our supporters recently added to the momentum by signing our letter to Minister Morneau calling for an open registry to crack down on Canada’s money laundering problem.

C4TF had previously met with the BC government, which earlier this year announced plans for a provincial public registry --the first in Canada-- to deter illicit activities. While Ottawa has yet to commit to a pan-Canadian public registry, consultations with the provinces and territories are an important step forward. The federal government also committed $10 million towards anti-money laundering policing. The pressure on Canada to move towards a more transparent system of beneficial ownership aligns with recent progress being made in the US, where just this week politicians from both parties supported legislation to end the incorporation of anonymous companies. 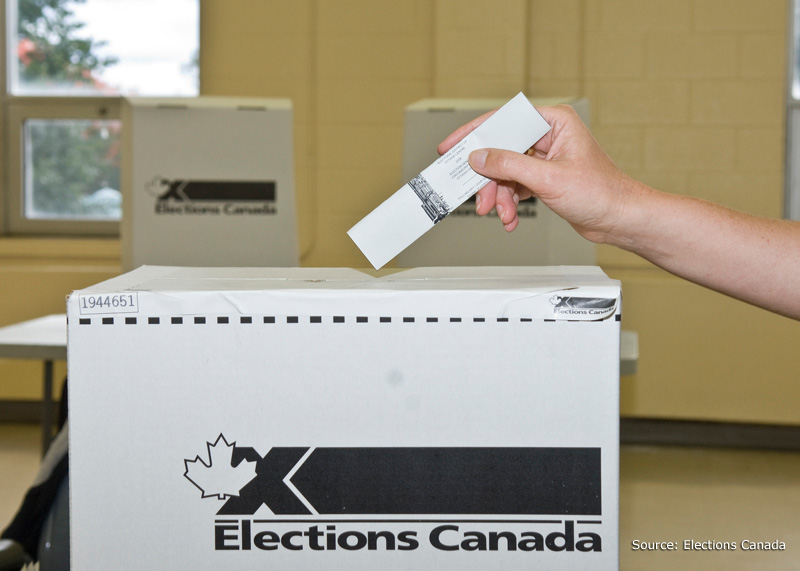 As federal parties prepare to release their election platforms, C4TF has come out with a proposal of tax fairness policies to generate more than $40 billion annually – enough to fund accessible childcare, university tuition, elements of a green new deal, and a national pharmacare program. Our platform outlines different ways the government could reduce inequalities and raise additional revenues by closing loopholes, increasing taxes on the wealthy and corporations, and tackling international tax avoidance. From a financial activities tax that would generate $5 billion a year to publishing how much large corporations actually pay in tax, our broad-based plan would hold businesses and wealthy individuals accountable while contributing to essential services for all Canadians. The full proposal is available online -- stay tuned as we highlight different measures over the coming weeks. 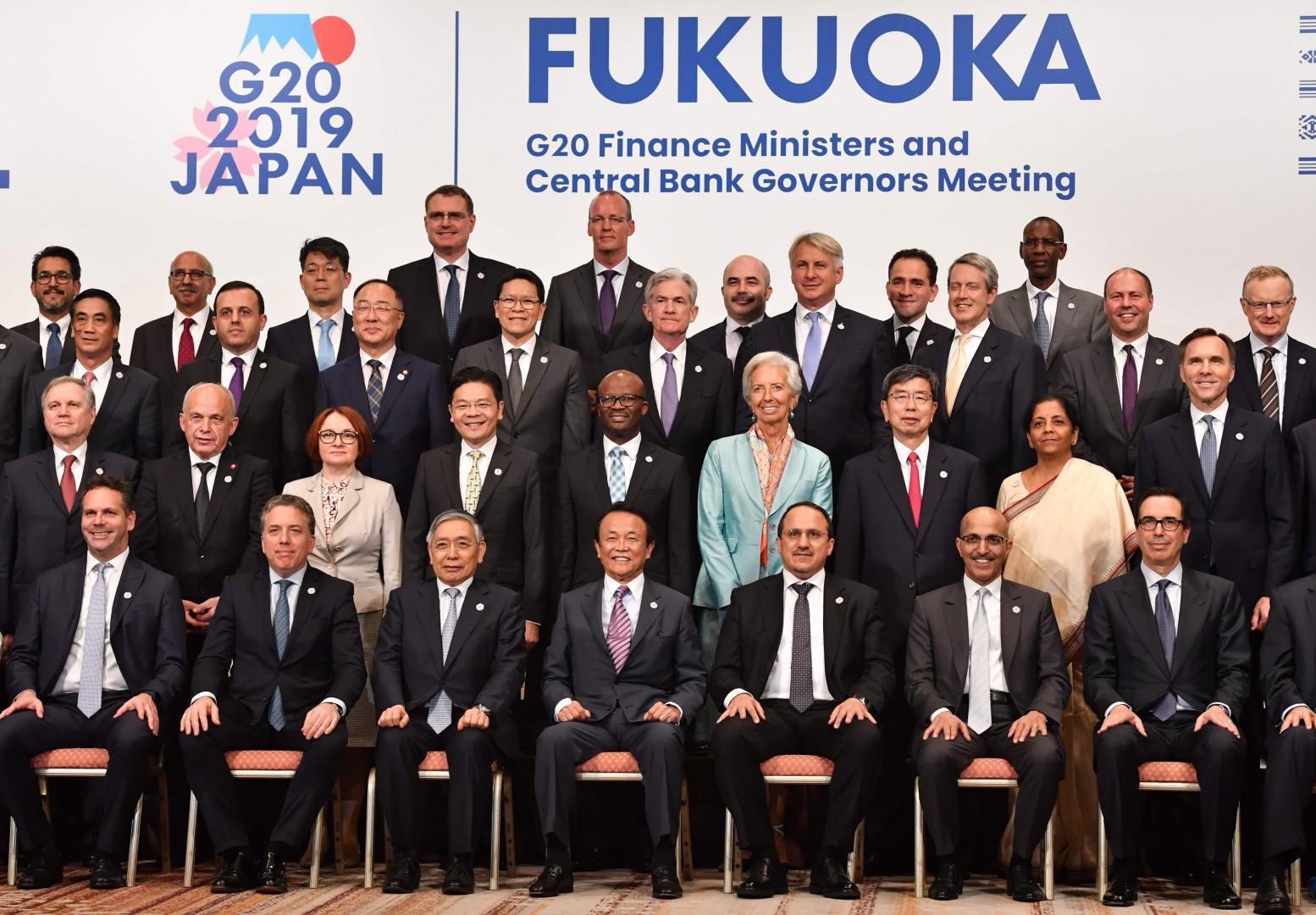 Canada loses an estimated minimum of $8 billion in tax revenue annually from profit shifting by multinational corporations.  Canadians for Tax Fairness has been active advocating for fundamental reform both to the federal government and through the OECD.

The Finance Ministers’s commitment to achieve a common solution comes as countries explore solutions to the challenges posed by the digital economy where some of the biggest online companies have recently come under fire. Ride sharing giant Uber recently confirmed  it is being examined by both US and foreign tax authorities over its transfer pricing practices. Companies like Facebook are being investigated for enabling fake news and data harvesting while placing domestic companies at a disadvantage. Just this week, a NYT story found Google made $4.7 billion off the struggling traditional media sector last year. A recent opinion piece in the New York Times argues that taxing online advertising revenues could level the playing field and promote a healthier business model for all internet companies. It even proposes an online ad tax would be easier to implement and more effective than anti-trust regulations. 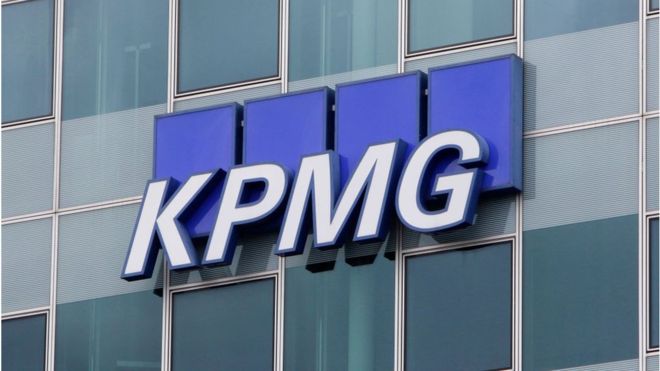 Government officials were questioned this week at a Finance Committee about the lack of transparency after a recent CBC News investigation found a deal was made with wealthy clients in the KPMG Isle of Man scandal. According to iPolitics, CRA’s assistant commissioner said settling out of court was of “public value” when it became apparent the case would be very “difficult” to pursue. Officials were further criticized over the deal’s secrecy and the apparent absence of accountability. The story also notes that MPs had silenced testimonies from experts such as C4TF at hearings into the affair three years ago. 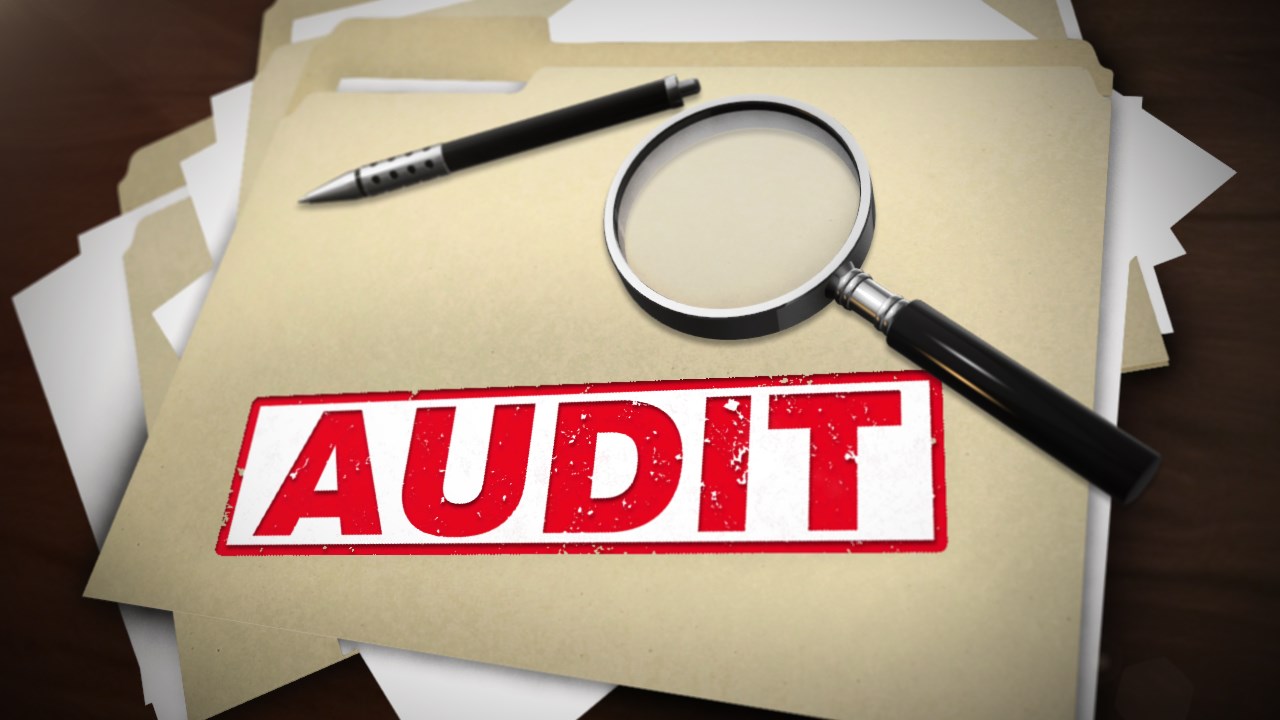 The Canada Revenue Agency is implementing several recommendations to improve how it targets international tax evasion, the agency said in a release this week. The recommendations come from the Offshore Compliance Advisory Committee, an independent group of experts set up to advise the CRA on combatting tax evasion and avoidance.

The report acknowledges the agency has come under criticism for the lack of prosecutions and money recovered in Canada since the Panama and Paradise papers compared with those of other countries. In the agency’s defense, the committee says some of those international figures could be inflated due to various amnesty programs not available here, rather than the direct result of revenue agencies’ audits.

Some of its recommendations include increasing public awareness, investing in big data analytics, and further studying the tax gap alongside information from the Panama and Paradise Papers to determine the types of tax avoidance structures most often being used and where to invest auditing resources.

The Minister provided an update on its progress this week, including investments in data and legal resources, which it notes are critical in cases involving large business and high-net worth individuals. The agency is also finalizing its tax gap report -- expected to be released next week—and plans to deepen their study of the tax gap. 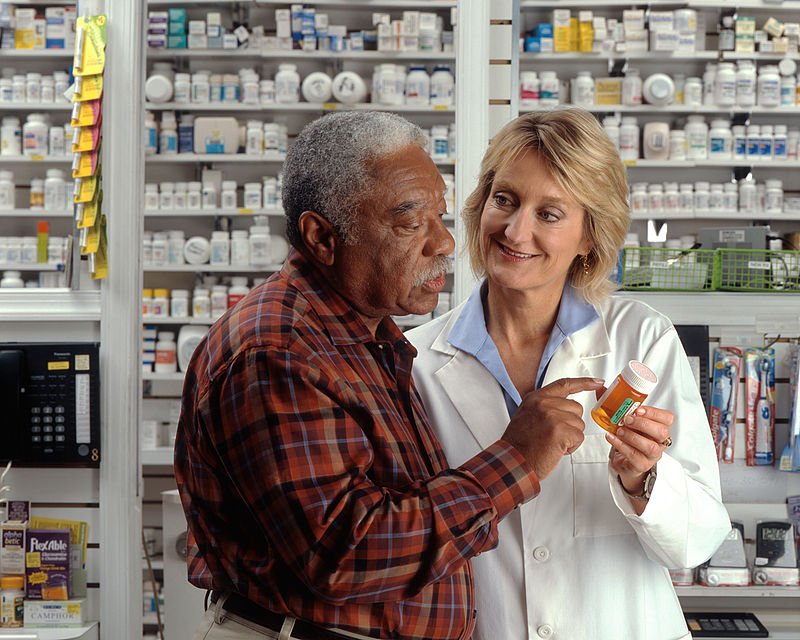 Pharmacare for all endorsed by advisory council:

The federal government-appointed advisory council headed by Dr Eric Hoskins, former Ontario Health Minister, has come out in favour of a universal national single-payer pharmacare program.  The council released a report that concluded a single-payer public program would improve Canadians’ access to the medicines they need and save families money.

C4TF director Toby Sanger and David Macdonald, senior economist with the Canadian Centre for Policy Alternatives, examined some of the revenue options government could use to pay for a universal program in a joint report last year and analyzed how they would affect different households. A Prescription for Savings concluded households would experience significant savings, if the program were funded by progressive sources of funding. Following the release of Hoskins’ report this week, we co-wrote a blog on the CCPA website, reminding government that it has solid options to pharmacare costing with ways forward that can provide “a win-win-win solution for households, businesses and health system outcomes.”