Photo: Internet giants like Google have long benefited from a different set of tax rules. Most of the federal parties have now started to recognize there’s a need to act. Flickr

In our final countdown of the top tax fairness measures this election, we look at the steps Canada can take to ensure online multinationals pay their fair share.

The GAFA (Google, Amazon, Facebook, and Apple) group have long enjoyed soaring profits while paying little to no tax. Their massive gains have come at the cost of Canadian jobs, especially in our media and cultural sectors. Other countries like France have stood up to these giants by imposing a tax on their profits. Austria just this week passed a 5 percent digital advertising tax while Spain, Italy and others are poised to bring in similar measures. Even Saskatchewan and Quebec have introduced sales taxes on foreign digital services.

“It’s beyond me why the federal government hasn’t acted on this,” C4TF director Toby Sanger told the Canadian Press this week.

It looks like things could change. All the major parties have now announced plans to finally tax foreign digital corporations. After years of pressuring the government to do so, it’s encouraging to see this commitment. Regardless of which party forms government in two weeks, we need to hold policymakers accountable and ensure Canada follows through in levelling the digital playing field.

Please share our fact sheet outlining specific measures the federal government should take and continue raising this issue with your local candidates and representatives.

We kicked off our countdown of tax fairness measures in early September by outlining the most egregious and regressive tax loopholes. This week we partnered with the Broadbent Institute to provide an updated breakdown of Canada’s five filthiest tax loopholes, which we hope you’ll share as well. 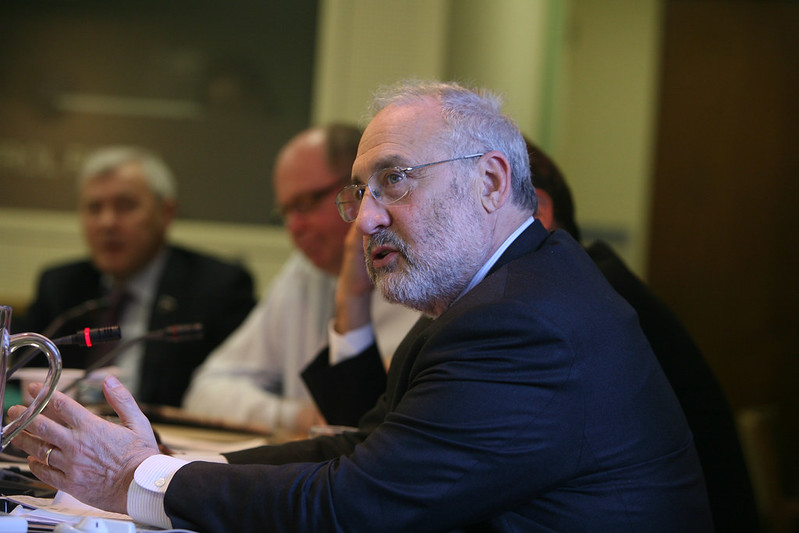 A long-awaited proposal from the OECD to reform the international corporate tax system doesn’t appear very promising -- and may even make things worse.

For years, multinationals, and especially digital corporations, have been able to shift profits to jurisdictions with low tax rates. The OECD, acknowledging at least $240 billion is lost to tax dodging each year,  had set out to end these types of tax avoidance strategies by reshaping international corporate tax rules in the digital economy.

An analysis by the Tax Justice Network calculates the proposal would only result in a 5 percent drop in profits booked in tax havens while introducing more complexity and uncertainty for tax abusers to hide behind.

The Independent Commission for the Reform of International Corporate Taxation (ICRICT) also cautioned the reform would benefit OECD countries first and foremost and that rules risk being further watered down by specific industries. The commission released a report earlier this week with its recommendations to fundamentally reform the system. World renowned economist and ICRICT member Joseph Stiglitz wrote a great op-ed this week addressing the proposal’s shortcomings and outlining bolder, more effective approaches to truly reform global taxation. 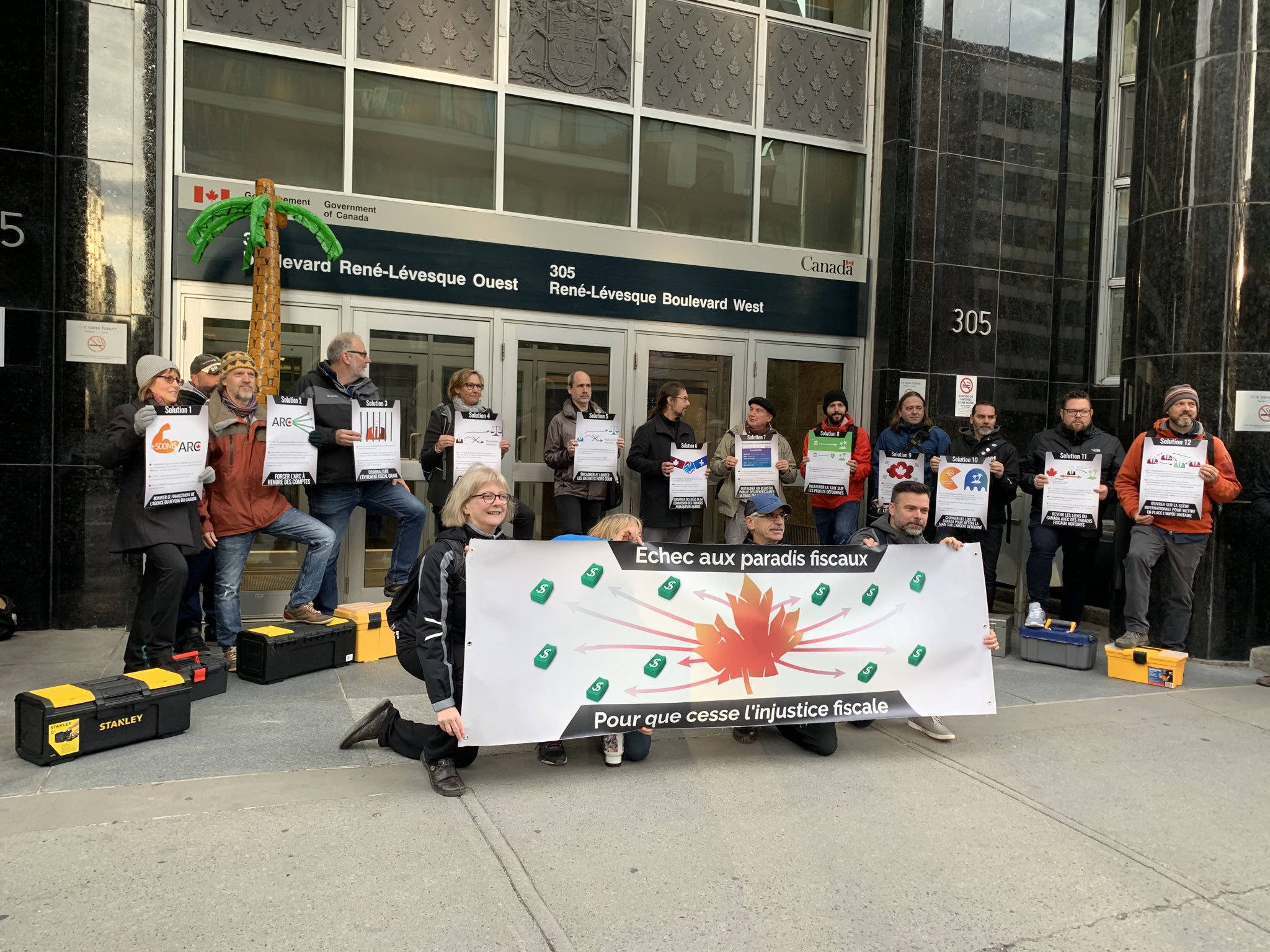 In a protest organized by ÉPF in Montreal this week, demonstrators hold up signs showing 12 steps the government can take to tackle tax havens. Twitter

Quebec activist group Échec aux paradis fiscaux received some artistic help this week as they took to the streets to protest Canada’s use of tax havens. Quebecois actor and comedian Vincent Graton joined the EPF demonstration outside the Canada Revenue Agency building in downtown Montreal, where the group held up signs with their 12 solutions to crack down on tax havens, such as boosting CRA resources, taxing digital giants’ profits, and limiting out-of-court settlements over tax avoidance and evasion. In an excellent op-ed this week in Le Devoir, the group looks at the slow progress Canada has achieved in getting tough on tax havens. Earlier this year, EPF organized a demonstration against tax havens, targeting Apple and Google offices.

We highlighted the need to tackle tax havens in our countdown of tax fairness measures and will continue to promote our message in the remaining days before Oct 21. While some of the parties have included measures to address offshore tax dodging, much more needs to be done. This week the NDP pointed out that Liberal cabinet members owned companies that use tax havens, including Finance Minister Bill Morneau and Treasury Board Chair Joyce Murray, who told media she no longer owns shares in the company, although her husband does. 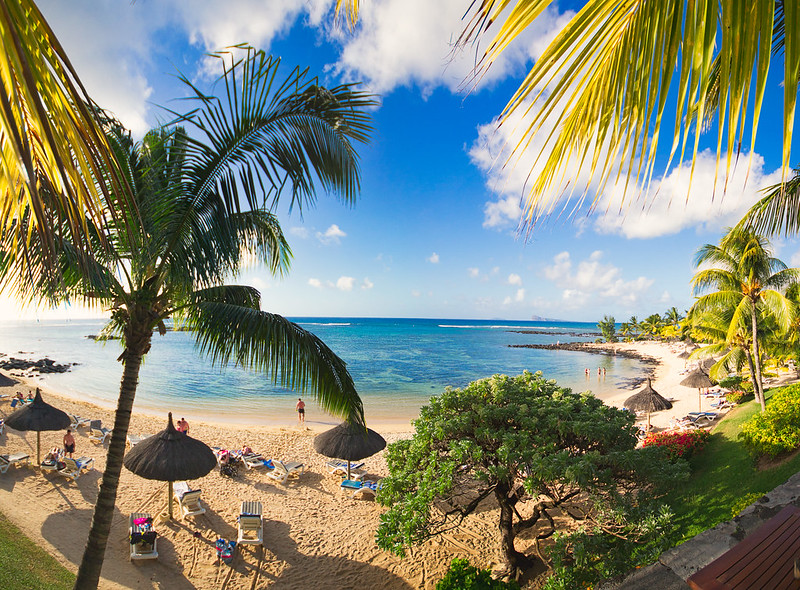 The island of Mauritius, off the Indian Ocean, was one of the tax havens removed from the EU’s list this week. Vaughan McShane, Flickr

The European Union this week removed notorious tax havens from its grey and blacklists, including Switzerland and the United Arab Emirates –a region with no corporate tax. The EU removes countries from its lists when they commit to change tax rules in according with EU standards.

The EU also removed Mauritius, which was exposed this summer by the International Consortium of Investigative Journalists for its role in helping rich and powerful clients hide funds offshore. The Mauritius Leaks contained several Canadian connections, including SNC Lavalin, Sun Life Financial and others.

Oxfam criticized the decision to remove Switzerland and Mauritius, “two of the world’s most harmful tax havens” from the list. “Despite recent reforms, both countries will continue to offer sweet treats to tax-dodging companies,” a spokesperson said.