Graphics by the Global Alliance for Tax Justice

Despite introducing measures to advance gender equality, the federal government’s actions have only gone so far. Canada still has one of the largest gender wage gaps of all OECD countries.  Canadian women are primarily performing the ‘second shift’ of unpaid labour that goes into childrearing and running a household – resulting in  longer hours of work than their peers in many other G7 countries. To top it off, Canada continues to have among the least affordable childcare of wealthy countries.

We clearly haven't reached gender equality, but with the 2020 budget weeks away, Canada has an opportunity to make the necessary fiscal reforms to get closer. 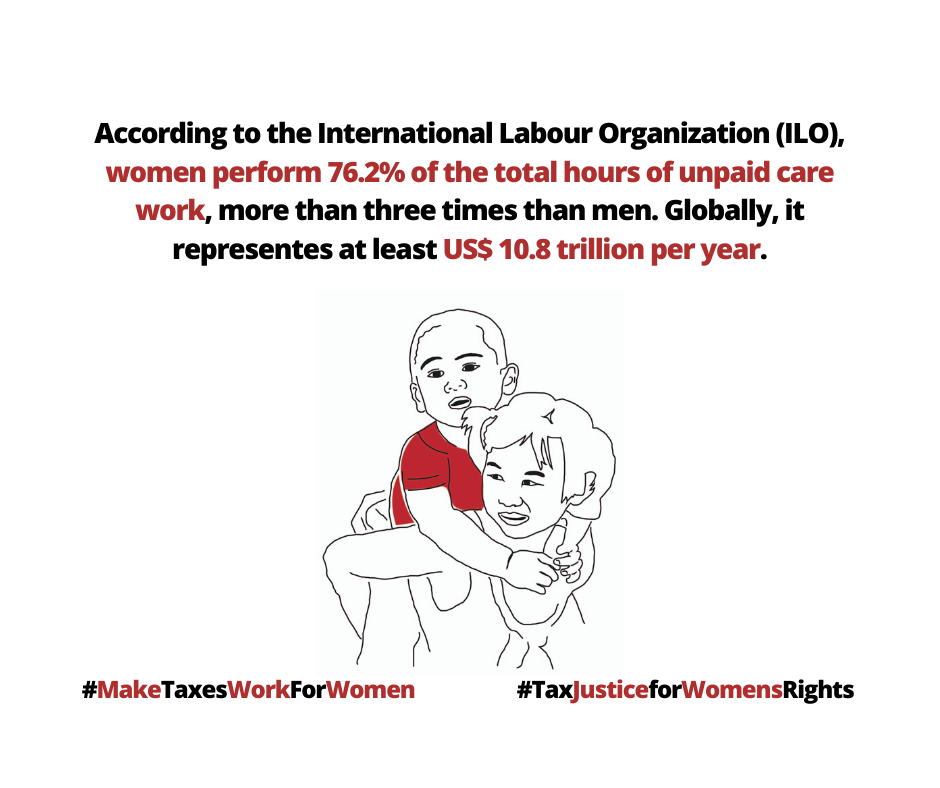 Invest in the “care economy”

Higher childcare costs make it challenging for working women –especially lower-income and marginalized individuals—to get ahead. Lack of accessible quality childcare remains a major factor for the gender wage gap and under-representation of women in top-earning positions. Canada needs national affordable childcare to allow all women to fully participate in the workforce.

Quebec’s affordable childcare program demonstrated that it can pay for itself in fiscal terms with higher tax revenues and lower spending more than offsetting the public investment. Studies have shown that investing in childcare has the largest multiplier effect than any other sector, with a return of $2.54 for every dollar invested.

Childcare is critical, but women are also primary caregivers for sick and aging family members.  Canada needs a strategy to address all unpaid and underpaid care work, a largely invisible economy.

The federal government committed to apply Gender-Based Analysis Plus (GBA+) to all legislation, policies and budgetary measures. This is a positive step—and it must also be applied to the tax system.

A 2019 study by the Canadian Centre for Policy Alternatives found some of the most expensive and regressive tax loopholes predominantly benefit men.

The Liberals have scrapped some sexist tax loopholes, but as Oxfam’s annual Feminist Scorecard notes, Canada has been slow to tighten remaining loopholes that exacerbate both income and gender equality.

Finance Minister Bill Morneau  recently delayed closing one of the worst loopholes, the stock option deduction, which predominantly benefits men and those in the top 10%.

His upcoming public review of tax expenditures should be more ambitious in bringing gender equality to the tax system. 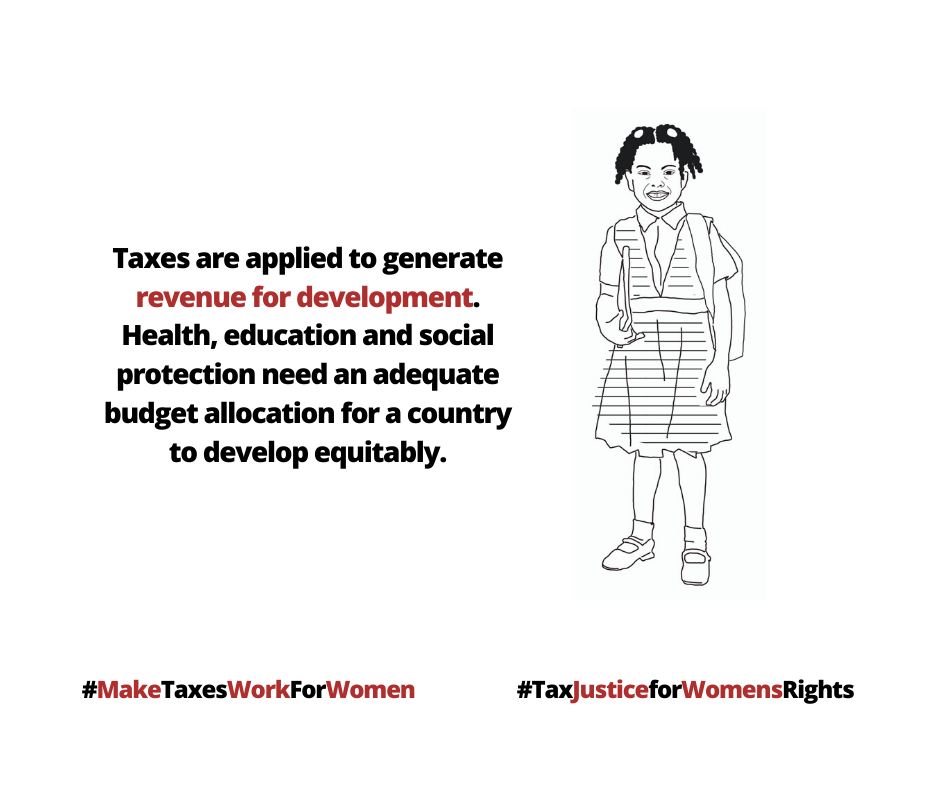 Women fare better in a thriving public sector, where the gender gaps for wage and employment are smaller than in the private sector. The CCPA’s report The Best and Worst Cities to be a Woman in Canada found regions with strong public sectors such as Victoria and Quebec City perform well on economic indicators for women.

Females, more so than males, also directly benefit from public services such as safe and affordable housing or accessible education, which increases their earning ability.

Conversely, when public services and jobs are cut, it is women who bear the brunt of it. Female-dominated sectors such as healthcare and education are often the first to feel the effects of austerity budgets as Ontarians and Albertans have seen in recent years.

To fund public services, Canada could do much more to ensure that everyone pays their fair share of taxes.  The federal government loses billions annually to domestic and international tax dodging.

Billions more could be raised by reforming international corporate tax rules and by asking the very wealthy to contribute a little more. This would also reduce the reliance on consumption taxes, which tend to negatively affect women.

Even organizations like the IMF have recently urged governments to embrace progressive taxes as a solution to rising inequalities of income and gender. 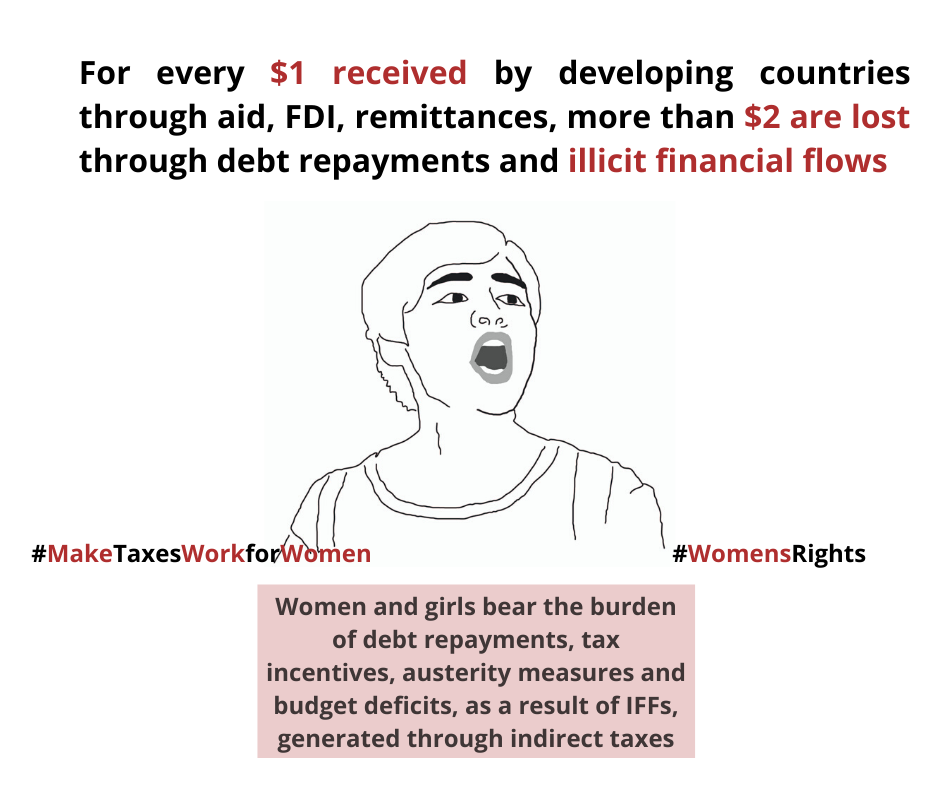 The tax system delivers important benefits such as the Canada Child Benefit, but the government needs to make sure these get to those who need them most, particularly lower-income and single mothers.

Recent federal spending on programs to help low-income Canadians with their taxes led to an increase of benefits received. These are encouraging results, but we can do better.

Many countries already provide automatic tax filing to reduce the time and financial burden of tax preparation. Moving to this model would help more Canadian women get the assistance they’re entitled to.

Canadian women have made important strides in the past century, but we need more significant feminist fiscal reform, or we’ll be waiting another 100 years for gender equality.

Canadians for Tax Fairness is a proud supporter of the Global Alliance for Tax Justice campaign to Make Taxes Work For Women. The international campaign runs from March 8-20 and you can learn more at their website.